A tick is a parasitic organism that sucks blood from the host. Its hosts may include humans and some animals. It can create swelling to the skin similar to the mosquitoes when it sucks blood. A horde of ticks can be mostly found in newly-moved grass. Physical contact of the host to the ticks is the normal form of transmission.

Ticks are ranked second to mosquitoes for being blood-sucking vectors of infectious diseases. Lyme disease is the usual ailment that can be experienced by the hosts from tick bites.

Tick bites can be irritating and can be even be skin-damaging. It could create more swelling than mosquito bites. Lyme disease is an infectious disease that can be gotten from tick bites. This disease can be had when a tick which is infected with a bacterium called Borrelia burgdoferi is transmitted to the bloodstream when a tick bites and sucks blood to a host. A specific genus of ticks probably carries the bacterium.

Lyme disease could bring symptoms to the infected hosts. Persons infected with the disease might experience flu-like illness, arthritis, neuropathies, fatigue, muscular aches and headaches. Treatment of this disease could be made with the help of specialists such dermatologists or neurologists.

Tick bites could cause serious diseases. Though tiny, ticks can put a large animal down. To prevent these diseases to occur in humans, proper precautions should be observed. One can get rid of the ticks when the feel of being bitten is instantly felt in a skin area. Ticks can hold on the skin tightly than other parasites. One may use tweezers to remove the tick and put it in a container for observation.

Ticks and tick bites can be prevented by applying population control. Damminix is perhaps the popular method to get rid off the ticks. Fipronil can also be used as an alternative. This method is applied in the Maxforce Tick Management System. Guineafowl is regarded to be natural from for regulating the population of ticks. It can consume vast quantities of ticks.

Tick bites can be harmful aside from being irritating. It would be helpful to stay away from sites that are prone to tick infestation such as long grasses. 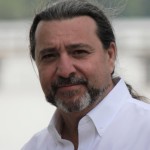 Always bring a bug-out bag, but learn how to survive without one when SHTF

Bug out survival planning: Prepping a bug-out bag in less than an hour

You may have missed

Always bring a bug-out bag, but learn how to survive without one when SHTF

Bug out survival planning: Prepping a bug-out bag in less than an hour